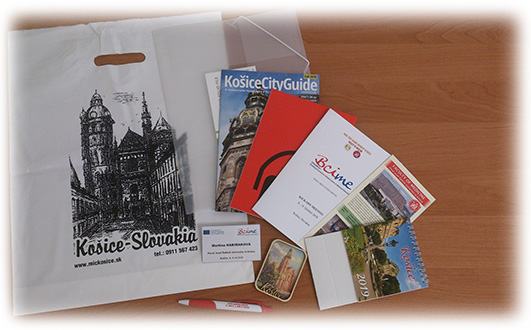 The first coordination meeting (Kick-off meeting) of the project was organized by the Pavol Jozef Šafárik University in Košice (UPJS) from 8th to 9th October 2018. The date of the meeting was arranged after prior agreement of all project partners and in accordance with the project time plan specified in the project description. The meeting was held in the Seminar room of UPJS, Faculty of Medicine at Trieda SNP 1, Košice, Slovakia.
Because of the importance of this coordination meeting, all partner institutions involved in the BCIME project attended the Kick-off meeting and delegated their contact persons together with the main project members representing individual universities. 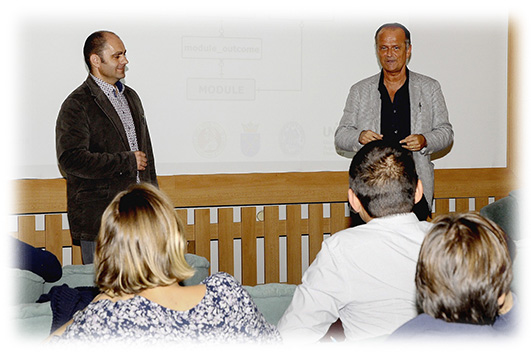 The meeting was opened by Jaroslav Majerník (UPJS) who welcomed the project partners and acquainted them with the details of the transnational project meeting program. Then, the speech was given to Daniel Pella, the Dean of UPJS Faculty of Medicine, who warmly welcomed participants at the Faculty of Medicine in Košice and expressed his pleasure in the international cooperation this project brings.
After this formal opening ceremony, the individual partners presented their universities and tasks in the project. The Pavol Jozef Šafárik University in Košice (UPJS) was introduced by Jaroslav Majerník. Then, Martin Komenda presented project team and facts about Masaryk University (MU) in Brno. Universitaet Augsburg (UAU) was introduced by Inga Hege. Andrzej Kononowicz, Anna Kocurek and Agata Stalmach-Przygoda described the details of Uniwersytet Jagiellonski (JU) and Adrian Ciureanu introduced the team and milestones of Universitatea de Medicina si Farmacie Grigore T.Popa Iasi (UMF).

During the meeting, the details of the project background; the ways from the idea to the recent BCIME project; the functional and visual features of curriculum management platform; the principle of the technological solution; the unambiguous terminology to be used; the Grant agreement between Slovak Academic Association for International Cooperation, National Agency for Erasmus+ Programme for Education and Training Sectors (National Agency - NA) and Pavol Jozef Šafárik University in Košice (UPJS); the financial issues; the implementation processes; the multiplier events and their expected outputs; the intellectual outputs; the needs analysis; the project implementation schedule and continuous monitoring; the official logo of the project; the project document templates; the publicity and the visual identity issues; the project web site; the regular communication plan etc. were presented, discussed and clarified. After all the discussions were finished and the partner tasks clarified, the Kick-off meeting was closed. The project coordinator, Jaroslav Majerník thanked all the partners for their attendance and wished them good atmosphere and fruitful cooperation during project implementation.