One of the team leaders, Prof. A. Feher, dedicates his research efforts to the study of magneto-structural correlations in anion-radical salts based on the TCNQ planar molecules (Fig. 1), in which subtle changes in the composition or structure leads to substantial changes in their magnetic properties. Those materials are very promising for use especially in organic photovoltaic cells, organic field-controlled transistors, organic light emitting diodes, magneto-optical switches, high-capacity storage media, and they may find application in new types of electrolytic memories. At present, however, the TCNQ anion-radical salts attract attention of researches mainly due to their application in nanomagnetism and as potential components of quantum computers [D. Šoltésová et al., J. Phys. Chem. Solids 99 (2016) 182]. 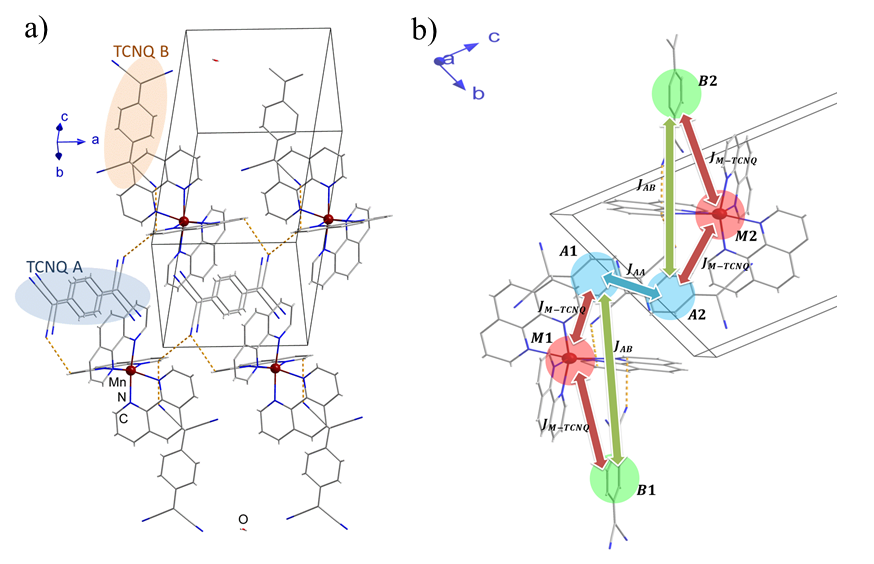 Fig. 1: Crystal structure of (a) of an organic [Mn(phen)3] (TCNQ)2·H2O anion-radical salt  shown together with a schematic representation of the theoretical model (b) describing the magnetic exchange interactions within the system.

His attention is also focused on the heat transport in the systems with reduced geometry and on the investigation of phonon spectra in low-dimensional structures (graphite and graphene) [A.Feher et al., Phonon Spectrum and Vibrational  Thermodynamic Characteristic of Graphene Nanofilms in Graphene Science Handbook, Nanostructure and Atomic Arrangement, ed. By M. Aliofkhazraei et al.CRT Press, Taylor& Francis Group, London 2016] and in vitreous semiconductors based on chalcogenides.