Life brings different situations and sometimes unexpectedly tests our abilities. Recently,  the readiness and knowledge of our medics, who revived their classmate after a heart failure during a floorball match, were challenged. His parents thank his teammates for saving Samuel's life and say that his angel was firmly standing over him last Monday - and so were his friends!
"We would like to thank all the students of the UPJŠ Faculty of Medicine, who saved the life of their classmate - our son - with their prompt approach. On the evening of Monday, March 28, in the gym on Medická Street, our son collapsed during a floorball match, and his classmates began immediate resuscitation, which they performed until the arrival of the ambulance. According to the attending physicians at the East Slovak Institute of Cardiovascular Diseases, resuscitation was managed at a professional level and actually saved his life. Our huge thanks also go to the teachers of the UPJŠ Medical Faculty, thanks to whom the students acquired their knowledge and skills, and also for their human approach in coping with this difficult period for us," wrote Janka and Miroslav from Žilina in an e-mail to the dean's secretariat.

A third-year dental student collapsed during a floorball match that was happening late in the evening. There were 16 players present, fifteen of whom were medics.
"We started playing at about 9:45 in the evening and shortly after the beginning Samuel wanted interchange. He sat down on the bench and gasped. We stopped the game and saw that he started collapsing and had cramps in his muscles. We put him in a stable position, hoping it would get better, but his condition worsened and Samuel began turning blue. We took him to the field and started CPR, with several players taking turns in chest compressions and breathing into the mouth until the ambulance arrived, while others dealt with other necessary issues - contacting the emergency service and ensuring a smooth journey of the paramedics to the gym," says Rastislav, who is also a citizen of Žilina, and who quickly called Sam's girlfriend and parents to find out if the friend had a long-term health problems and whether he is allergic to any drugs, as it was clear that medical intervention would be needed.
As it turned out, Samuel had chronic heart problems and sports activity was too much of a burden for him. Fortunately, his classmates of general and dental medicine, mostly older ones, knew what to do. They did not panic, they divided the tasks and did a good job in providing basic cardiopulmonary resuscitation as well as resolving the whole situation. The fact is that several of them were waiting for the state exam the next day, respectively some of them had exams in two days as a part of block teaching and they came to relax and play a bit of floorball. They did not imagine even in a wildest dreams that they would be forced to solve such a situation,  but they managed this life test excellently...!
"We are very proud of our students and we keep our fingers crossed for Samuel so that his surgery at VUSCH will turn out well and he can return to school, normal life and eventually to sports as soon as possible!" emphasizes the dean of the UPJŠ Medical Faculty in Košice, prof. MUDr. Daniel Pella, PhD. 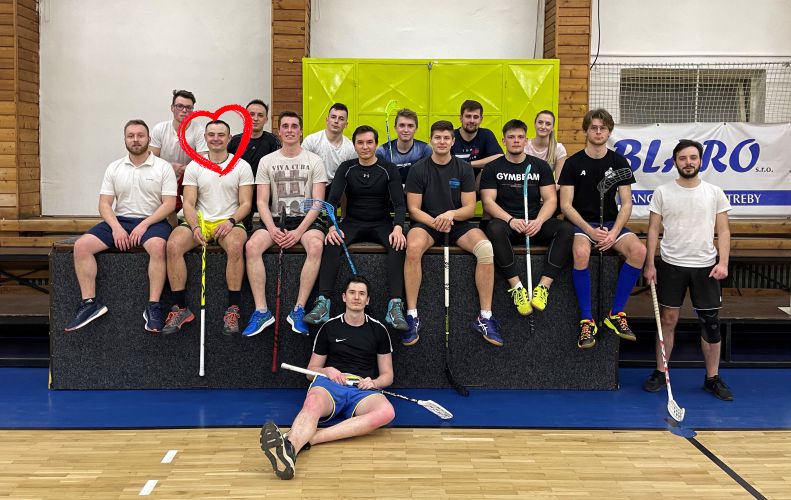